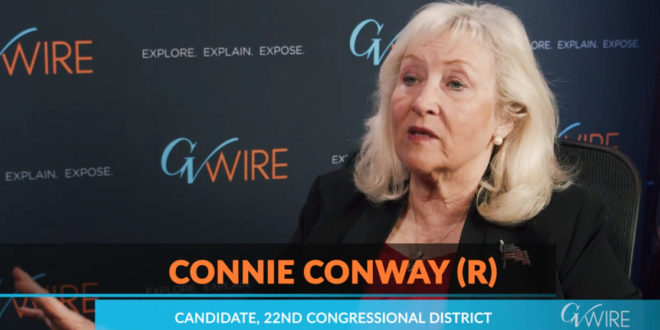 The race for the second runoff spot was too early to call, after election officials paused counting early Wednesday morning. Completing the vote count will take at least a week, as mail ballots can arrive as late as April 12.

Conway, a one-time GOP leader in the state Assembly and a former county supervisor, opened a gap over five other competitors with about 34 percent of the vote, according to a preliminary tally of ballots.

As I previously reported, the seat will vanish due to redistricting and the winner will only serve for several weeks before Congress recesses for this year’s session.

Connie Conway, a former state director of the USDA’s Farm Service Agency under Trump, has advanced to a June runoff in a special election to fill former Rep. Devin Nunes’ seat. https://t.co/QMlaYW54wm