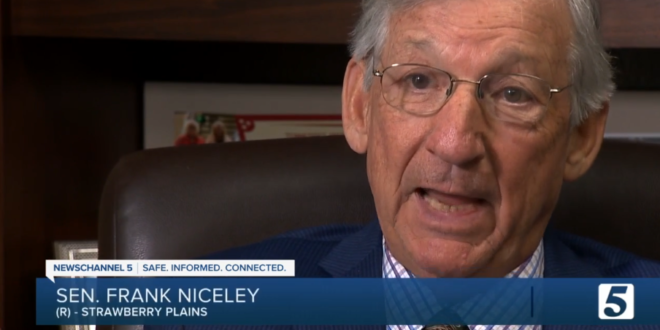 A local lawmaker has co-sponsored a bill that would allow ivermectin to be sold over the counter in Tennessee without a prescription. On Wednesday, the bill co-sponsored by Sen. Rusty Crowe (R-Johnson City) was passed by the state Senate.

Senate Bill 2188 was introduced by Sen. Frank Niceley (R-Strawberry Plains) on Jan. 31. Crowe became one of the bill’s co-sponsors as it made its way past committees in the Senate. It passed in the Senate with a vote of 23-6.

The bill would authorize “ivermectin suitable for human use” to be sold or bought as an over-the-counter medication in Tennessee without a prescription. Pharmacists and other licensed healthcare providers would not be required to provide a consultation prior to the sale either.

Read the full article. Seems like the FDA will have something to say about this.

Bill that would allow ivermectin to be sold over-the-counter in TN passes Senate https://t.co/b4S2dmVS9A

#WaysToAnnoyFamilyLiberalsAtThanksgiving Let’s get this party started!

1. Wear your #MAGA cap to the dinner table
2. End the blessing with “even the haters and losers.”
3. Insist on watching the Walking Tall marathon instead of the #NFL game.
4. Name the turkey, #Hillary https://t.co/tV1Chq4zJm