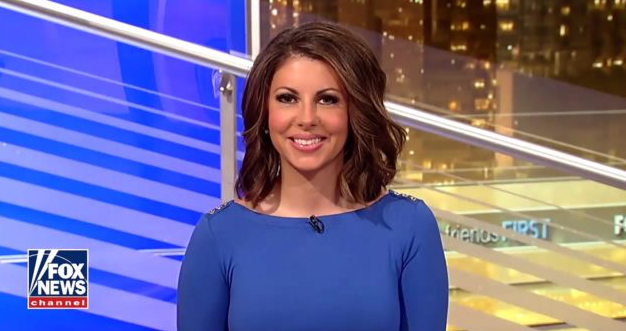 Republican officials last week confirmed official challenges had been filed against the three, which triggered a technical removal from the ballot per party bylaws. Ortagus, a former State Department spokesperson who nabbed an early endorsement from former President Donald Trump, called the removal “deeply disappointing.”

“I’m a bonafide Republican by their standards, and frankly, by any metric,” Ortagus said in a statement. “I’m further disappointed that the party insiders at the Tennessee Republican Party do not seem to share my commitment to President Trump’s America First policies.”

Ortagus recently appeared on JMG when she was unable to name any landmarks in her would-be district, including its major highways.

Cultists wanted Trump to endorse far-right “filmmaker” Robby Starbuck, who has been endorsed by Marjorie Taylor Greene and Madison Cawthorn.

Ortagus first appeared on JMG in July 2021 when she claimed during a Fox News appearance that the Japanese are “committing genocide against the Uyghurs.”

In fact, the Uyghurs are a Muslim minority that lives in China. Many wondered online why a former State Department official would not know this geographic fact.

👀 looks like the @TNGOP has officially decided the MTG & Trump-backed candidates will be out of the TN-5 race. https://t.co/Xb4lwifI4t

Trump-endorsed Morgan Ortagus and Cawthorn-backed Robby Starbuck have been removed from the GOP primary ballot for failure to vote in at least 3 of the last 4 TN GOP primaries as required. A lawsuit has been filed by Ortagus. https://t.co/E3xAIVj3VV