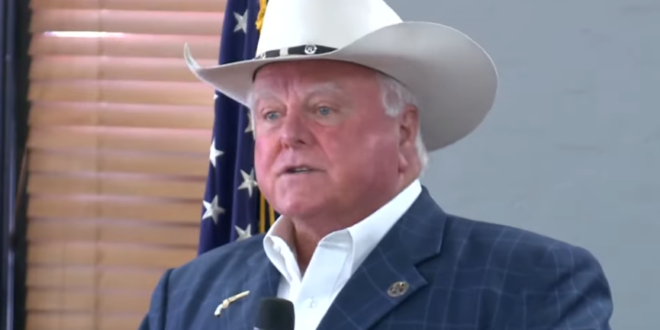 Texas Agriculture Chief Blasts Gov Over Trucking Battle: You Are “Causing Food To Rot In The Trucks” [VIDEO]

“Your inspection protocol is not stopping illegal immigration,” Miller said in his letter. “It is stopping food from getting to grocery store shelves and in many cases causing food to rot in trucks — many of which are owned by Texas and other American companies. … The people of Texas deserve better!”

Miller last appeared on JMG in 2021 when he was named as a speaker at an anti-vax/QAnon event that also featured Michael Flynn, Lin Wood, Sidney Powell, and a slew of other crackpots. In 2016, Miller called Hillary Clinton a “cunt” on Twitter, for which he was rewarded with consideration to become Trump’s agriculture secretary.