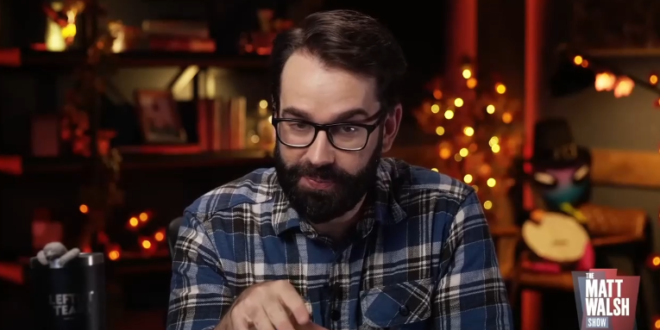 “As much as the left likes to claim that they’re being erased — you’re erasing me — lesbians actually are — the category of lesbian is in fact, in reality, being erased.

“And, if you follow the demographic trends, in another 30, 40 years, they just won’t exist anymore.

“And why is that? It’s because every girl, every woman, who in the past would’ve identified themselves as a lesbian, now they’re being told, that oh no, you’re actually a man.

“You’re not a lesbian, you’re actually a — not only a man, a straight man, it turns out.” – Daily Wire host Matt Walsh.

He also claims that shooting people “is not against the law.” Early this year, Walsh declared that “everybody would be happier” if arranged marriages were mandatory.