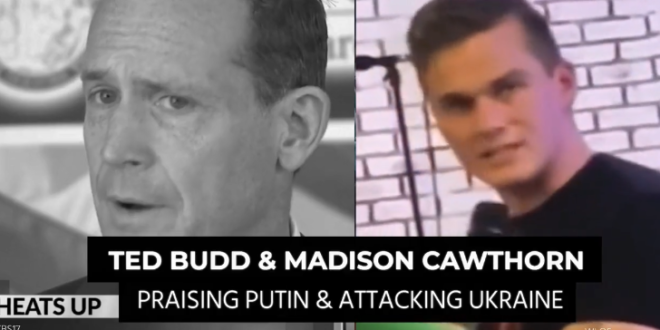 Former Gov. Pat McCrory, who is running for U.S. Senate, launched a new digital ad this week attempting to tie one of his biggest competitors to one of the most controversial men in North Carolina politics: Rep. Madison Cawthorn.

The ad focuses on war in Ukraine and a riot at the U.S. Capitol on Jan. 6, 2021, putting soundbites from Cawthorn side-by-side with those of Rep. Ted Budd, the Trump-endorsed candidate in the Republican primary for Senate.

Cawthorn and Budd are scheduled to share a stage with Trump at his rally in Selma on Saturday. The ad also highlights one of McCrory’s strategies — telling voters McCrory’s their guy if they’re sick of controversial headlines about their elected officials.