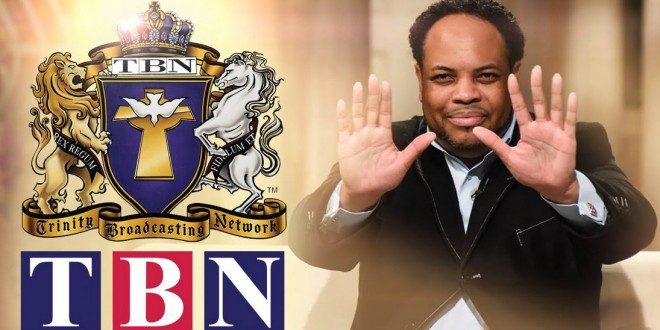 Pastor David E. Taylor of Joshua Media Ministries International, who was once deposed for corruption, has purchased an $8.3 million mansion in Tampa, Florida, from Tampa Bay Buccaneers co-owner Darcie Glazer Kassewitz and her husband. The mansion, which has a 28,893-square-foot main house and a 2,620-square-foot guest house, was purchased with a $4.9 million mortgage from Miami Beach-based Crosby Capital, the Tampa Bay Business Journal reported.

Featured in the property are 10 bedrooms, 10 full bathrooms, three half-bathrooms, 14 fireplaces, a ballroom, an executive library, a wine room, a five-car garage and several terraces. Taylor, who once claimed he raised a woman from the dead, was deposed in a Michigan court in 2016 for financial corruption. In the deposition, he pretended “to be confused by the attorney’s questions and making pitiful excuses for his frivolous purchases.”

From my 2016 report on Taylor’s claim to having raised a woman from the dead over Facebook:

A message that was sent by the woman’s daughter, according to Taylor, also indicated that not only was she raised from the dead but she was also healed of diabetes. “Thank you sooo much Dad (Apostle Taylor), the doctors were sooo amazed for my Mom’s speedy recovery, she was dead for 40 minutes but God resurrected her!!!

“After clinical studies / they tried not to give her diabetic pill and guess what — she got healed from her diabetes as well. She doesn’t need to take her medication no more — she will go home today. Thank you thank you sooooo much for praying for us. …This was her yesterday!” said the message, Taylor claims came from the woman’s daughter.

Taylor reportedly has a fleet of vehicles that includes a BMW, a Mercedes, a Bentley, and a Range Rover. He also proudly sports an extremely expensive wardrobe, because “Macy’s don’t sell the kind of suits I wear.”

“Do you have a prayer request you want God to fullfill or a specific miracle you want Him to perform in your life?

OUR GOD IS GREAT AND WITH HIM “NOTHING IS IMPOSSIBLE!“