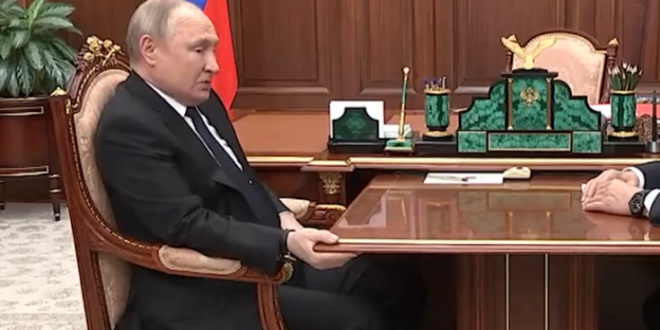 Russia Cuts Off Natural Gas To Poland And Bulgaria

Officials in Poland and Bulgaria say Russia is suspending their countries’ natural gas deliveries starting on Wednesday. The governments of the two European countries said Tuesday that Russian energy giant Gazprom informed them it was halting gas supplies.

The suspensions would be the first since Russian President Vladimir Putin said last month that “unfriendly” foreign buyers would have to pay the state-owned Gazprom in rubles instead of other currencies.

Europe imports large amounts of Russian natural gas to heat homes, generate electricity and fuel industry. The imports have continued despite the war in Ukraine.

Previous Trump Refuses To Give Definition Of “Woman” [VIDEO]
Next Shapiro: Musk Should Fire Every Liberal At Twitter