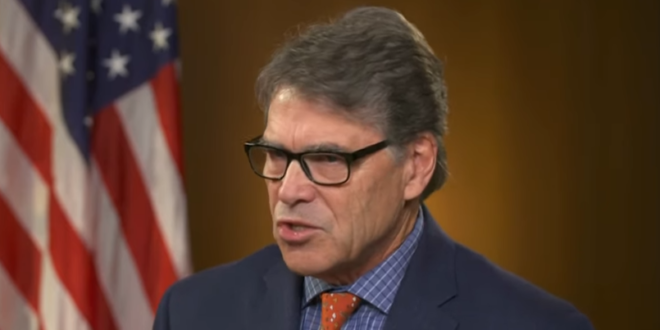 Rick Perry was hoisted with his own petard text message. Perry, a Republican former Texas governor and Trump White House energy secretary, previously denied CNN reports that in the days after the 2020 election he sent text messages to then-Trump White House chief of staff Mark Meadows with ideas for overturning Donald Trump’s defeat.

One of the texts, sent on Jan. 7 just hours before the election was certified in favor of Biden, read: ”We have the data driven program that can clearly show where the fraud was committed. This is the silver bullet. Pam Biondi has seen and agrees!! Rick Perry.” It also reportedly included a phone number that CNN confirmed belonged to Perry.

Incredible: Rick Perry denied sending text messages to Mark Meadows with suggestions about overturning the election results, except that he signed one of his text messages “Rick Perry” with his phone numberhttps://t.co/3GAFE15rjv

In December, ⁦@jamiegangel⁩ and I reported that a text pushing an “AGRESSIVE (sic) STRATEGY” to fraudulently direct electors to Trump came from Rick Perry’s phone. His spox denied it. Turns out he signed the text “Rick Perry.” https://t.co/92AWitlhsZ