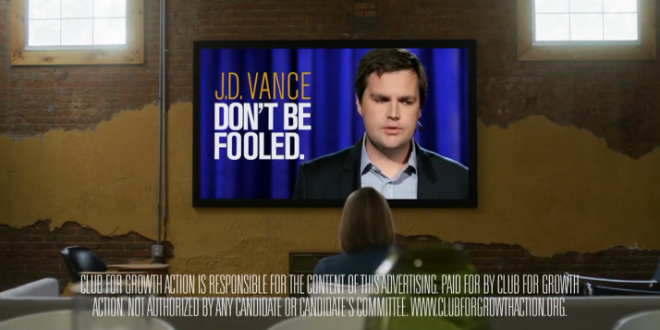 Club For Growth has endorsed Mandel in the Ohio senate race, and there has been tension between them and Trump for months as the PAC blasted Vance over his past, negative commentary about the ex-president.

The ad shows clips of Vance saying he might vote for Hillary Clinton, plus him saying people voted for Trump for “racist reasons.” The ad concludes with a woman pronouncing Vance “a fraud,” and a video advising people “don’t be fooled” by Vance.

Read the full article. The primary is Tuesday.