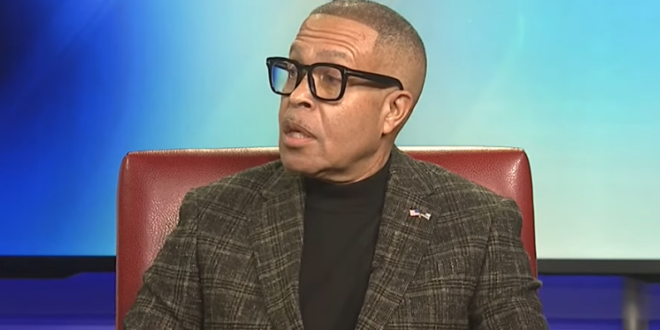 Apparently trying to embellish his conservative credentials, ex-Detroit Police Chief James Craig, who is running for governor, said Thursday night that he’s anti-abortion, would make a version of Florida’s “Don’t Say Gay” law even tougher in Michigan and is against teaching critical race theory.

“The true stakeholders are the parents. Why are we going to have teachers teaching K through 3, sexual orientation or gender identity? It’s wrong. In fact I would be a little more aggressive with it. I would go beyond the third grade, maybe the sixth grade.”

Read the full article. Craig has been openly seeking Trump’s endorsement for nearly a year to no avail, so far. He’s also called for an audit of Michigan’s 2020 election.

We cannot let this candidate threaten the safety and well-being of #LGBTQ Michiganders. We must re-elect @gretchenwhitmer. https://t.co/hgt9hny4sK