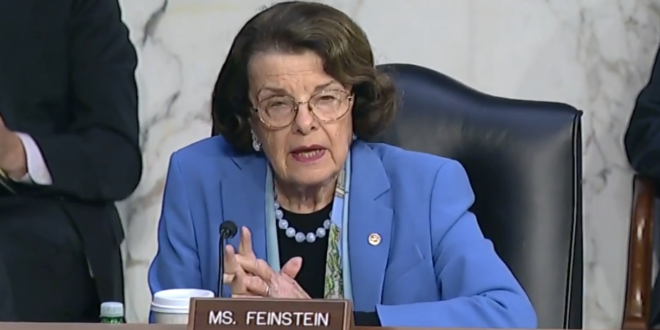 When a California Democrat in Congress recently engaged in an extended conversation with Sen. Dianne Feinstein, 88, they prepared for a rigorous policy discussion like those they’d had with her many times over the last 15 years. Instead, the lawmaker said, they had to reintroduce themselves to Feinstein multiple times during an interaction that lasted several hours.

Four U.S. senators, including three Democrats, as well as three former Feinstein staffers and the California Democrat told The Chronicle in recent interviews that her memory is rapidly deteriorating. They said it appears she can no longer fulfill her job duties without her staff doing much of the work required to represent the nearly 40 million people of California.

EXCLUSIVE: Is Sen. Feinstein fit to serve? Four U.S. senators, including three Democrats, as well as three ex-staffers and a California Democratic member of Congress, say Feinstein’s memory is deteriorating and doubt her ability to represent Californiahttps://t.co/cTvbLoKT75