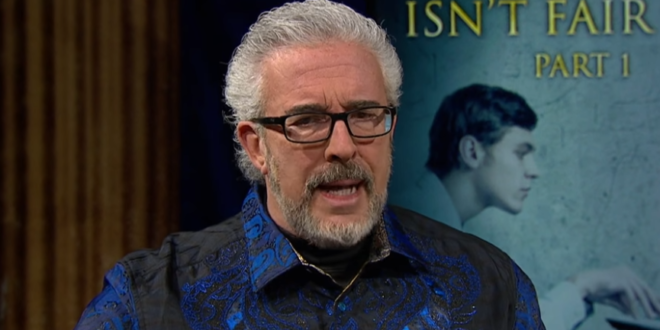 The allegations, from women either employed by or connected to the ministry, included groping, unwanted kissing, showing women he was aroused while fully clothed and rubbing himself, as well as asking women in his ministry about their breasts. Stone said the allegations could not be made public. He told ministry leaders he would kill himself and shut down the ministry.

“I’m going to go commit suicide up in the mountains and end this thing,” Stone said, speaking directly to one of the ministry leaders. “Listen to me, before God, I’m going to go take pills in the mountains because I can’t put up with this. I am a very sincere person but I have almost no friends, man. And I have almost no friends because of s—- like this.”

Stone, in explaining his behavior or attempting to undermine those making accusations against him, claimed an alleged victim had a mental illness and that someone was stealing gold from him, in recorded conversations obtained by the Times Free Press.

Two men — in recordings of meetings and conversations — expressed concern about their public image being connected to Perry Stone.

Yet both men remain active in the ministry and have played integral roles in defending him.https://t.co/C3uSKrPGVt

Which languages? “One of those is Asia, somewhere.”

We shouldn’t question it, either, because “understanding is not fruitful when you pray in tongues.”

Previous Hogan Rips DeSantis For “Crazy Fight” With Disney
Next Matt Gaetz Urges Florida State Reps To Contact Him About Disney: “I’ll Tell You How To Trap This Rodent”