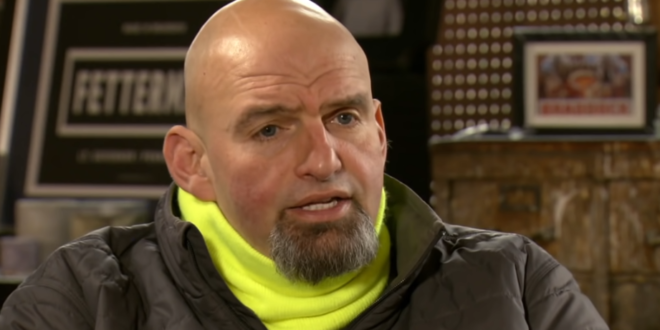 Fetterman first came to our attention in 2013 when as mayor of a small Pennsylvania town, he defied state law and performed a same-sex marriage ceremony. Last year he made national news when he defied a ban on rainbow flags in the Pennsylvania Capitol.