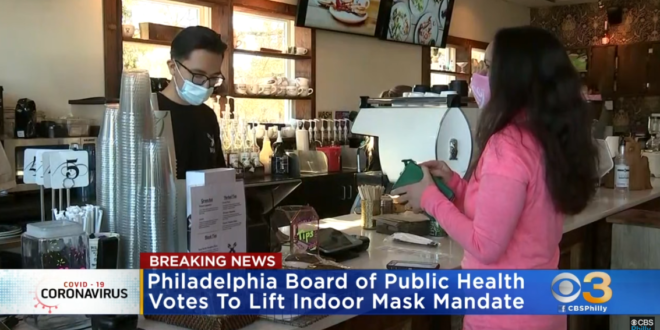 The Board of Health voted Thursday to rescind the mandate, according to the Philadelphia health department, which released a statement that cited “decreasing hospitalizations and a leveling of case counts.”

The City of Philadelphia will no longer be requiring masks indoors but officials are strongly recommending they be worn, Action News has learned. https://t.co/ySFtp7sZvy