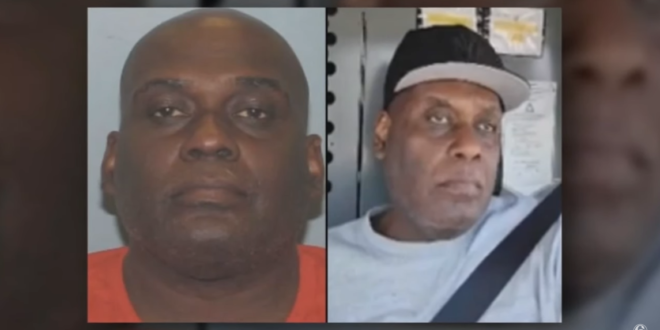 The person of interest in Tuesday’s mass subway shooting in Brooklyn has recorded dozens of hours of YouTube videos, ranting about Mayor Adams, homeless people in the subway system, gun violence, and how outreach workers are “homosexual predators.”

Frank James, 62, remains at large after Tuesday morning’s attack, which left 10 people shot and another 13 with various injuries.

In a more than hourlong rant posted on YouTube Sunday night, James raged about the war in Ukraine, and said it would become the precursor for a race war to wipe out Black people.

A person of interest wanted in connection with a shooting on a subway car in Brooklyn has ties to Philadelphia, authorities announced on Tuesday evening. Authorities identified the wanted man as 62-year-old Frank James, who has addresses in Philadelphia and Wisconsin.

Authorities were looking at his apparent social media posts, some of which led officials to tighten New York Mayor Eric Adams’ security detail. Police Commissioner Keechant Sewell called the posts “concerning.” There is a $50,000 reward for the apprehension of James.

Millions of New Yorkers were beginning their commutes on Wednesday in a city gripped with unease, as a gunman remained at large after shooting 10 people on a Brooklyn subway train during the morning rush hour the day before.

In addition to the 10 people hit by gunfire, five of whom were critically injured, at least 13 others suffered injuries related to smoke inhalation, falls or panic attacks, the authorities said.

He appears to have posted dozens of videos on social media in recent years in which he expressed a range of harshly bigoted views and criticized the policies of New York City’s mayor, Mr. Adams.

This is Frank James who is a person of interest in this investigation. Any information can be directed to @NYPDTips at 800-577-TIPS. pic.twitter.com/yBpenmsX67