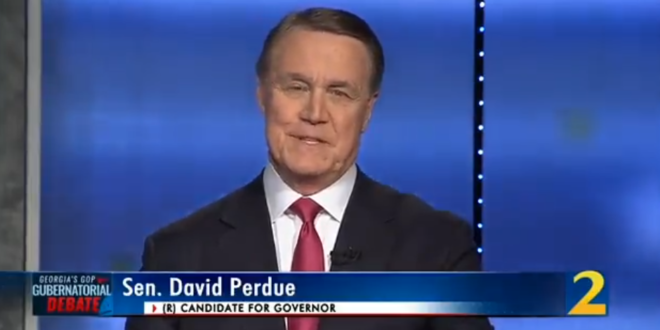 Perdue Opens Debate With “The Election Was Stolen”

David Perdue made his intentions clear right out of the gate: In his opening statement in the Georgia GOP gubernatorial primary debate, he fixated on alleged election fraud.

Perdue, the former senator who is Donald Trump’s endorsed candidate, sparred with Gov. Brian Kemp on the issue for almost half of the one-hour GOP debate Sunday night, accusing the governor of trying to “bury the truth” about the 2020 election.

“First off, let me be very clear tonight,” Perdue began his opening statement, “the election in 2020 was rigged and stolen.”

At tonight’s GA GOP governor’s debate, David Perdue pushes the Big Lie in his first sentence: “The election in 2020 was rigged and stolen.”

“All of that started in Georgia when our governor caved…”

Despite losing himself, Perdue says Kemp “cost us the majority in the Senate.” pic.twitter.com/YweszE9xb7

Previous Man At Center Of GOP Election Fraud Case Dies
Next Antony Blinken: US Will Soon Reopen Embassy In Kyiv