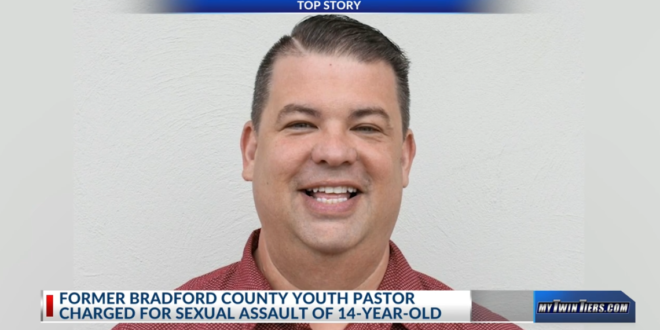 Pastor Charged With Sexual Abuse Of Teen Girl, Said God Gave Him A “Vision” That They Were “Betrothed”

Robert Fenton, 52, is being charged with sexually abusing and assaulting a 14-year-old girl from 1996 to 1998 in Bradford County, when he was 26 years old. According to the announcement from the AG’s office, Fenton allegedly claimed that “God wanted the victim to be his spouse” because of a vision he had.

The AG further explained that Fenton allegedly got approval from leaders at Abide in the Vine Church to “betroth” the girl to him “with an understanding that no sexual activity would occur.” In 1998, the victim said she and Fenton got engaged, at which point he allegedly made her perform oral sex on him, the affidavit said.

Fenton is now a pastor in Australia and local police are seeking his extradition.

The former pastor claimed the church approved a “betrothal” after he had a vision from God in which he and the girl would be married.https://t.co/aFAG12EkFi