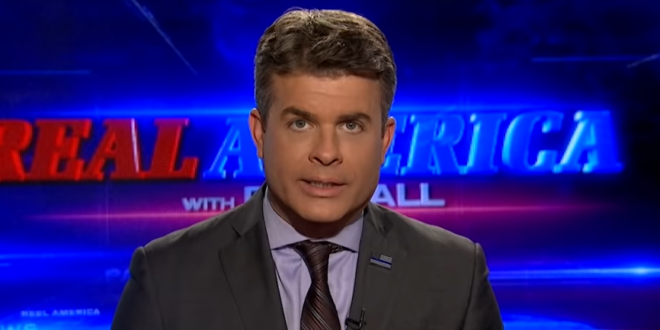 One America News host Dan Ball went on an unhinged tirade against the “treasonous” mainstream media on Tuesday night, demanding that “every” media personality and executive be subjected to a military trial.

“This is why you hear me say… that what the mainstream media has done is treasonous!” Ball exclaimed.

“And we should take every single CEO that’s allowed it, every single host, and put them in a military tribunal for treason to this nation.”

Ball last appeared on JMG when he suggested that Ukraine is bombing its own hospitals.

Before that we heard from him when he asked viewers to send him “dirt” on the chairman of AT&T after DirecTV decided to stop carrying the network.

His first appearance here came when he claimed that “thousands of people” have died from COVID vaccines.

Ball recently called for the US to “invade Mexico.”

Dan Ball of One America News says the media is “treasonous” and calls for every CEO and host to be tried by “a military tribunal for treason to this nation.” Then he interviewed Rep. Marjorie Taylor Greene. pic.twitter.com/Uctk91f76i