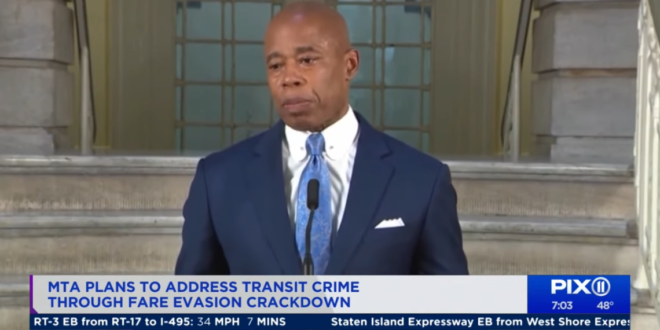 This is what the MTA is currently facing: Weekday subway ridership stagnating at around 3 million people a day, a little more than half of what is was before the pandemic; the most felony assaults in the subway system between January to March since the NYPD began keeping records in 1997; and a $2 billion operating deficit when federal funds run out in 2025.

This is what the MTA announced Tuesday: It’s creating a blue ribbon panel to examine ways to reduce fare and toll evasion, which MTA Chairman Janno Lieber said is now causing a $500 million shortfall. “Pervasive fare evasion is a threat to the spirit that makes New York not just a great city, but a great community,” Lieber said Tuesday.

MTA Chair and CEO Janno Lieber formed a “blue-ribbon panel” aimed at finding solutions on education, equity and enforcement when it comes to fare evasion. Schools Chancellor David Banks is among the panelists who will help guide policy when it comes to city students who do not pay their fares.

According to Lieber, 12% of subway riders and one in three bus riders are not paying their fares. However, Leiber said that he doesn’t want those who skip paying to go to jail, adding that an upgrade on gates and stations can also function as a stronger deterrent.

Lieber said, “when riders see people breaking the rules” they wonder “what else might that person do to me” — and New York City commuters have seen more than a few terrifying realities in the last few weeks alone.