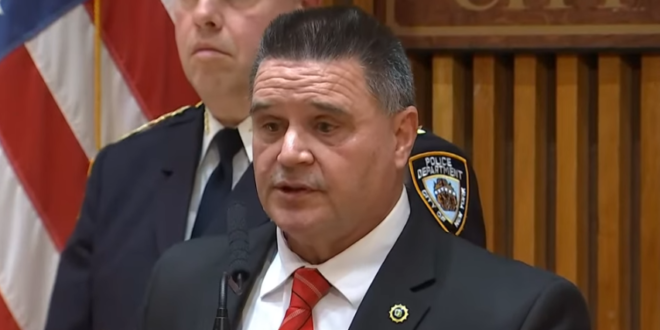 The man accused of shooting 10 people on a Brooklyn subway train was arrested Wednesday and charged with a federal terrorism offense after a daylong manhunt and a tipster’s call brought police to him on a Manhattan street.

Frank R. James, 62, was taken into custody about 30 hours after the carnage on a crowded rush-hour train. He was awaiting arraignment on a charge that pertains to terrorist or other violent attacks against mass transit systems, Brooklyn U.S. Attorney Breon Peace said, and carries a sentence of up to life in prison.

There is no indication that James had ties to terror organizations — international or otherwise — and the motive remains unclear, Peace said.

James had a significant criminal history, officials said, including nine prior arrests in New York, mostly for misdemeanors and three arrests in New Jersey.

Officials said that he had left the N train where the shooting had taken place and boarded a local train, the R train, that several of his victims had also fled to. He exited the subway system at 25th Street and managed to evade law enforcement for more than 24 hours.

James appeared to have maintained a significant online presence in recent years, posting dozens of videos on social media. Some were featured on a YouTube channel belonging to the username prophetoftruth88, from which the police obtained a screenshot of him to release to the public.

BREAKING: Frank R. James, the man arrested in the shooting of 10 people on a subway in Brooklyn, is charged with federal terror offense. https://t.co/b36K38dI0K