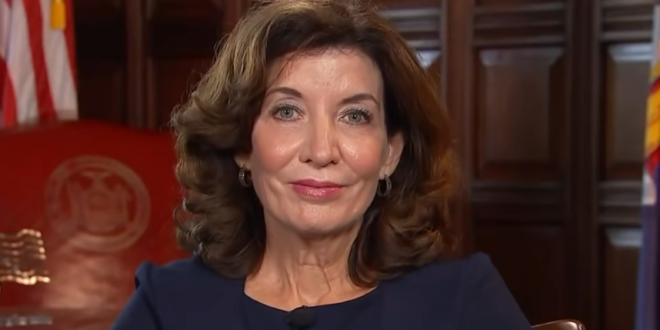 The state’s Court of Appeals agreed in a ruling with a group of Republican voters who sued, alleging the district boundaries had been unconstitutionally gerrymandered and that the Legislature hadn’t followed proper procedure in passing the maps.

The court said it will “likely be necessary” to move the congressional and state Senate primary elections from June to August. A lower-level court had also ruled that the maps were unconstitutional and had given the Legislature an April 30 deadline to come up with new maps or else leave the task to a court-appointed expert.

New York’s highest court has rejected new congressional district maps that had widely been seen as favoring Democrats. The court agreed with a group of Republican voters who say that the district boundaries had been unconstitutionally gerrymandered.https://t.co/42KrFSdjkH