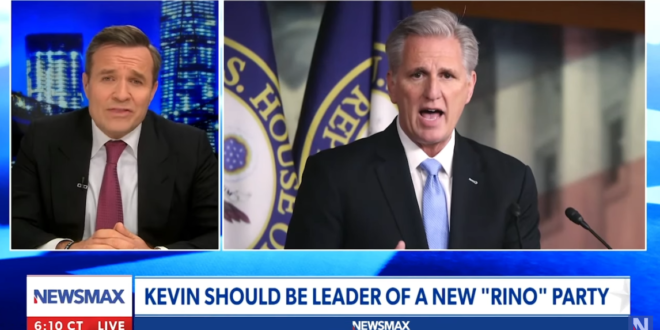 Newsmax Host: “Swamp Snake” McCarthy “Wet His Pants” Over “One Riot Facilitated By The Democrats”

“Kevin McCarthy is a swamp snake,” ranted Newsmax host Greg Kelly. “He’s a career politician, and we don’t like him. Alright? He doesn’t belong there, and in a moment of crisis, he wet his pants. Sorry. And he was outflanked by Liz Cheney of all people!”

“And he says the president should resign after one riot – that may have been facilitated by Democrats oh by the way?” He concluded the segment by stating, “He should never be speaker,” and suggested that if Republicans retake the House, Rep. Matt Gaetz  should become speaker instead.