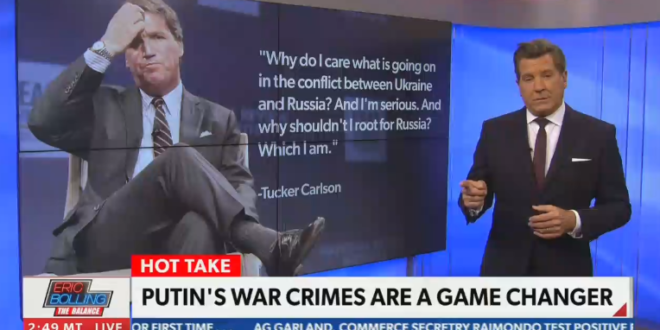 ERIC BOLLING (HOST): When Russia’s war on Ukraine started, Putin and his propaganda-drivers felt that that was their moment to run with an American TV anchor whose comments could be used to support their own narrative and prop up their propaganda machine.

From that moment on, clips from Tucker’s show were to be used ad nauseam night after night on Russian state TV. The Russians see Tucker Carlson as their ally, the guy across the ocean who’s helping their cause.

You don’t want to be associated with that in any way. The video is heartbreaking, Tucker, you’re seeing these images that I’m seeing. It’s unbelievable.