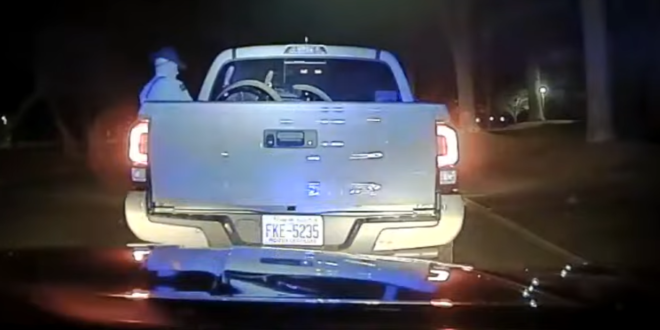 WRAL News on Tuesday night obtained video of a traffic stop involving U.S. Rep. Madison Cawthorn of North Carolina. Troopers told WRAL News the truck was stopped for driving outside of the designated lane on Highway 74.

The video shows a N.C. Highway Patrol trooper stop a pickup truck. You can hear the trooper tell the driver the truck’s tags have expired. Cawthorn, who is inside the truck, is eventually notified he is driving with a suspended license. He is heard saying, “Is that so?”

It’s unclear when Cawthorn’s driver’s license was revoked or why. A spokesperson for the N.C. Department of Transportation said that “driver records are protected under the Federal Driver Privacy Protection Act.”

Read the full article. In a video released last month from a separate speeding incident, Cawthorn is heard pretending not to know that his vehicle was registered to his father. In all three driving citations over the last six months, Cawthorn was driving a different vehicle.

The home schooler who dropped out of college after one semester with a D average weighs in with his education recommendation for America’s youth. pic.twitter.com/WAwgVUHuxV