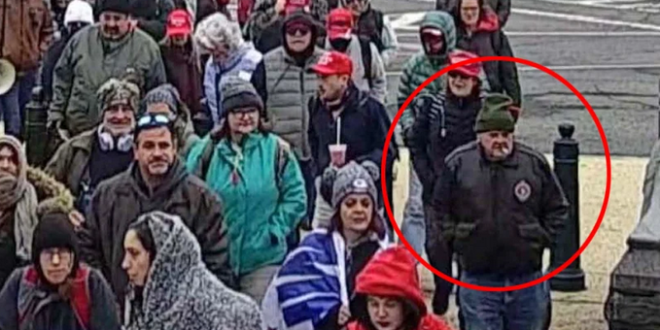 A Vietnam veteran who brought nearly a dozen Molotov cocktails to the Capitol Hill area of the nation’s Capitol on Jan. 6 has been sentenced to nearly four years in prison.

Lonnie Leroy Coffman, 72, had admitted to driving from his home in Alabama to Washington in a truck loaded with what U.S. District Judge Colleen Kollar-Kotelly called a “small armory” of weapons. Coffman pleaded guilty in November.

According to court documents, Coffman had several loaded firearms within arm’s reach of the driver’s seat, including a 9mm handgun in the front right passenger seat, a rifle, and a shotgun.

Vietnam Vet Who Brought 11 Molotov Cocktails and Other Weapons to D.C. on Jan. 6 Sentenced to Almost Four Years Behind Barshttps://t.co/5gOIjpnbw3

A 72 yr old will now spend the next 4 yrs in prison because he BELIEVED the LIES trump told him.

Where’s trump? On the golf course or in a gilded cage. Trump will never consider Lonnie Coffman or even think about him, Lonnie Coffman was a pawn, a sucker, used. #MAGA MORONS https://t.co/qirY1Eguaw

NOW: Lonnie Coffman gets 46 months in prison after admitting to bringing MOLOTOV COCKTAILS + weapons to D.C. before the Jan 6 Capitol attack. He did not plead guilty to any direct, riot-related counts.

He had “a small armory in his truck ready to do battle,” the judge said. pic.twitter.com/JGBlkbf5Pn

Remember Lonnie Coffman? He’s the guy from Alabama that had 11 Molotov cocktails in mason jars at the January 6 insurrection at the U.S. Capitol. He was sentenced today to almost four years in prison. https://t.co/mRtz4NzTaM