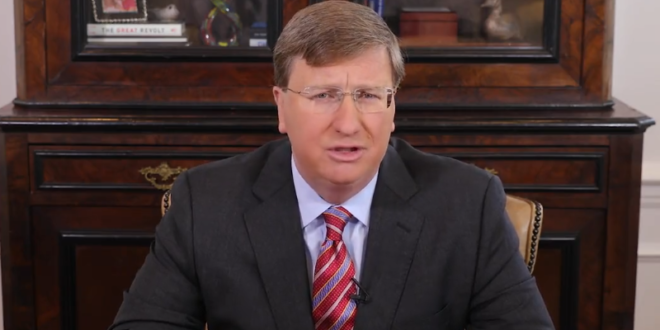 For the third year in a row, Mississippi Gov. Tate Reeves is declaring the month of April as Confederate Heritage Month, keeping a tradition alive that his predecessors began 29 years ago.

“April is the month when, in 1861, the American Civil War began between the Confederate and Union armies, reportedly the costliest and deadliest war ever fought on American soil,” the proclamation says. It notes that the last Monday of April is also Confederate Memorial Day in Mississippi.

After issuing the same proclamation last year, however, the Republican governor appeared on Fox News on April 29, 2021, and claimed that “there is not systemic racism in America” — contradicting mountains of evidence, including the vestiges of Jim Crow that remain in force in Mississippi law.

Previous Wannabe Car Thief: Trump Made Me A Federal Marshal
Next Biden Declares Russia To Be Committing Genocide