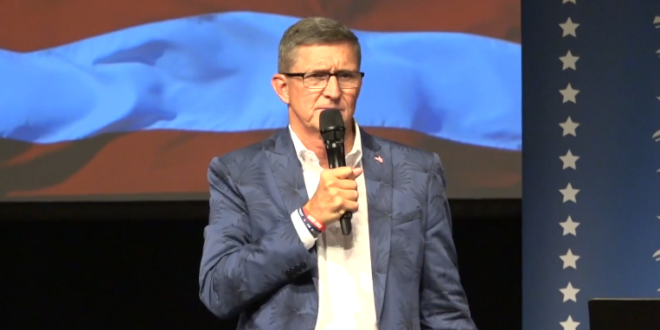 Flynn, whose deep ties to Russian President Vladimir Putin and the Kremlin ultimately sank his career, appeared on the right-wing propaganda show The Absolute Truth with Emerald Robinson and said that arming Ukraine accomplishes nothing except prolonging the conflict that Putin initiated just shy of two months ago.