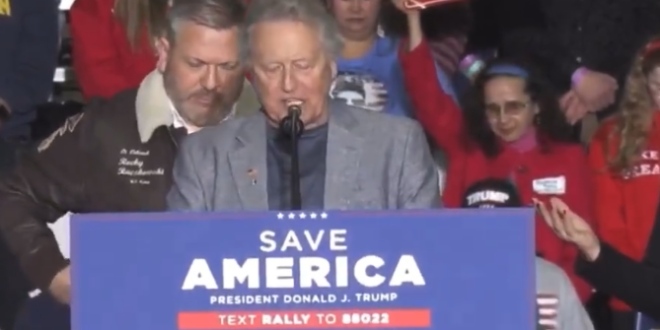 “So we pray, father in heaven, we firmly believe that Donald J. Trump is current and true president of the United States. You have raised him up for this season of time to be used and be part of saving this nation.

“Bless and protect him and his family from any physical, spiritual attacks and may his voice still the people to righteous action to bring godly men and women into elected office in Michigan and across America.

“We declare that he will be back in office soon — very soon — in Jesus’ name. Amen. We pray the fraud in 2020 election will continue to be exposed and election decertified in Michigan, the battleground state, in our nation, in Jesus’ name.” – Pastor Nutbag, opening last night’s rally.

Opening prayer begins with their belief that Trump is the current president pic.twitter.com/vt4eOuG0vj