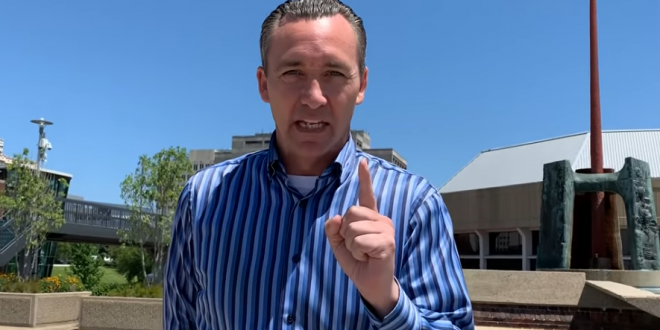 “They said this president is not suffering dementia. He is possessed with the devil. It should be in the United States of America: the prophet, the priests, the prince, and the people.

“America is in trouble with God. It’s supposed to be the prophet, then the priests, then the government, then the people.” – Louisiana megachurch pastor Tony Spell.

Spell, who became nationally infamous in 2020 for defying COVID protocols, last appeared on JMG in January 2022 when he lost his lockdown lawsuit against Louisiana.

Spell, who in 2020 was arrested for gunning a church bus in reverse at a protester, also appeared on JMG when he declared, “The world doesn’t need any fag sissy pastors, it needs men with callused knees.”

In 2020, Spell’s lawyer was hospitalized with COVID and at least one of his parishioners died. Spell gained further national attention in 2020 when he told his congregation to give him their stimulus checks.

In 2021 he threatened a judge, telling him that he would “face the judgment of God” if he dared rule against him. Among Spell’s lawyers was Roy Moore.

Christian nationalist pastor Tony Spell asserts that “the prophets” and “the priests” are supposed to have authority over the government and the people. https://t.co/flMuF4xG4M pic.twitter.com/QfrpjLfgLj