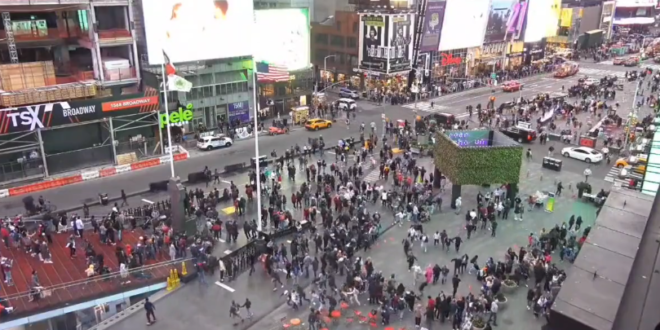 Large swaths of Times Square were cleared out after a manhole explosion rocked Midtown Manhattan Sunday, police said. The blast erupted in a manhole on W. 43rd St. near Seventh Ave. just after 6:45 p.m., FDNY and Con Edison officials said.

After the explosion — caused by a cable failure — a second and third manhole began smoking, a Con Edison spokesperson said. Video posted to Twitter shows the moment the manhole mayhem began, sending panic through the streets and people bolting from the Crossroads of the World.

Swaths of Times Square ran after a manhole explosion. Then a second and third manhole began smoking, Con Edison said.

“It was like a big black cloud … There was a lot of gravel all over the place. We all just ran,” a vendor said.https://t.co/rlK2SofMkk