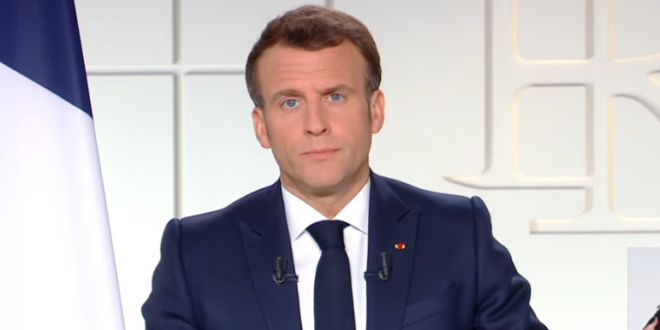 Macron And Le Pen Advance To Runoff For Presidency

President Emmanuel Macron will face Marine Le Pen, the French far-right leader, in the runoff of France’s presidential elections, according to projections based on preliminary ballot counts published by French polling agencies on Sunday at the close of voting.

The projections, which may still shift but are generally a good indicator of the outcome, showed Mr. Macron leading with about 28.5 percent of the vote, and Ms. Le Pen in second place with 24.2 percent, after a late surge that reflected widespread disaffection over rising prices, security and immigration.

The contest was marked by voter apathy, according to Ifop-Fiducial. Voter participation was estimated at 73.3%, the lowest in a first round in 20 years. While Macron appears on track to win the first round, he is a polarizing figure whose approval rating has lagged during his first term.

In her speech Sunday, Le Pen vowed to be a president for “all the French” if she wins the second round, and called on those who didn’t vote for Macron to support her in the second round.

The socialist candidate, Anne Hidalgo, said a Le Pen victory would instill in France “a hatred of everyone set against everyone,” while the Republican, Valerie Pecresse, said she was sincerely worried for the country because “the far right has never been so close to winning.”

The gap between Marine Le Pen and third-placed Jean-Luc Mélenchon is now projected to be just 1.5%, according to the latest estimate by our partners Ipsos Sopra Steria. The veteran leftist was hampered this year by the fact that his erstwhile partners in the Communist Party chose to field a candidate, after backing him in 2012 and 2017.

He also failed to convince enough centre-left voters to rally behind him. No doubt in large part over his opposition to the NATO military alliance, which damaged him in the context of the war in Ukraine. Perhaps also because many centre-left voters weren’t convinced he had a genuine chance of beating Le Pen, says FRANCE 24’s Cole Stangler.

The far-right polemicist Eric Zemmour was fourth with about 7%. All the defeated candidates called on their voters to cast their ballots for Macron in the second round, with the exception of Mélenchon, who asked his voters “not to give a single vote to Mme Le Pen” but stopped short of endorsing the outgoing president, and Zemmour, who called on his supporters to back the far-right candidate.

Marine le pen gets into 2nd round and says now a choice of civilization to defend French values and culture. She calls on all those who hate #Macron right or left to join her #FrenchElection #France. She and supporters never been so confident of winning presidency pic.twitter.com/1qOaGOYs6t

2022 French presidential election: Marine Le Pen qualifies for the run-off, partly due to the candidacy of Eric Zemmour who made her appear almost moderate despite her political program going against fundamental democratic principles | by @Gil_Paris https://t.co/8CHUsIxTjb