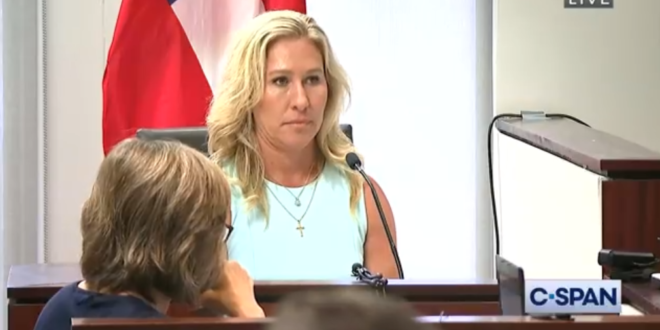 Republican U.S. Representative Marjorie Taylor Greene will face a challenge in a Georgia court on Friday by a group of voters trying to block her from the ballot, citing a post-Civil War policy aimed at keeping insurrectionists from serving in office.

In a novel legal challenge filed with the office of the Georgia secretary of state, the voters said Greene, a supporter of former President Donald Trump, has violated a provision of the U.S. Constitution known as the “Insurrectionist Disqualification Clause.”

Read the full article. Legal experts have said that these disqualification attempts are a very long shot, at best. But that won’t stop us from enjoying the shit out of them.