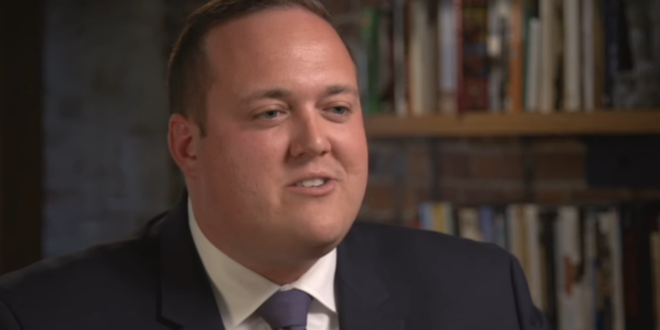 The ex-president of the nation’s leading libertarian youth organization has been charged with raping and drugging a college student while attending the University of Pittsburgh, allegedly rendering her unconscious by spiking her drink with a roofie.

The bombshell allegations follow a wave of other students coming forward last year with similar stories, claiming online that they’d been sexually assaulted by Cliff C. Maloney, Jr., a right-wing darling with ties to high-profile Republicans including Rand Paul and Marjorie Taylor Greene.

Cliff C. Maloney, Jr.– a right-wing darling with ties to high-profile Republicans including Marjorie Taylor Greene– is accused of drugging and assaulting a college student while attending the University of Pittsburgh, according to a bombshell court filing. https://t.co/NwgsPlH4u0

at 30 years old… I’m old enough to remember when voters used to choose their member of congress, not the judicial system

I’ve said it before. I’ll say it again.

Donald Trump will become Speaker of the House in 2023. https://t.co/Kz9E2Vc1ee