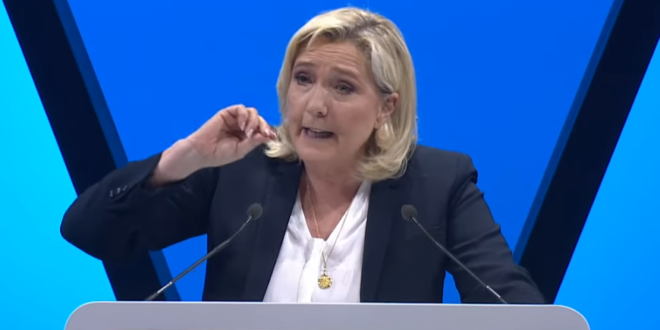 The far-right party of French presidential candidate Marine Le Pen has begun paying a settlement of 12 million euros—equivalent to $12.94 million—to a Russian military contractor under U.S. sanctions, part of a debt restructuring that granted her party more time to repay a loan it took from a Russian bank, according to Russian and French government records.

Aviazapchast JSC—a Moscow-based company that supplies Russian military aircraft and parts across the Middle East, Africa and Asia—took over the €9.4 million loan in 2016 after the bank that originated it, Moscow-based First Czech-Russian Bank, went bankrupt, the records show.

Holding loans is well outside of Aviazapchast’s normal line of business, according to the company’s corporate reports, which contain no mention of the transaction.

Read the full article. Excellent timing for this news.

WSJ scoop: Marine Le Pen’s far-right French party is paying nearly $13 million to a contractor that is currently under U.S. sanctions, part of a settlement involving a previous loan from a Russian bank https://t.co/366a9ouh70