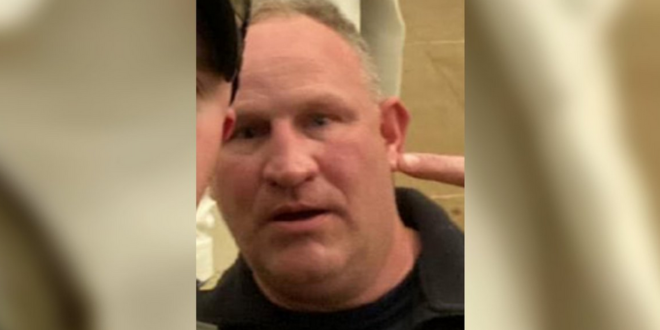 A jury found former police officer Thomas Robertson guilty Friday on charges connected to the January 6, 2021, attack on the Capitol, handing down a conviction after just hours of deliberations in one of the first court trials linked to the insurrection.

After deliberating Friday afternoon and through Monday, the jury convicted Robertson on all six charges he faced, including obstruction of an official proceeding and trespassing on restricted Capitol grounds with a dangerous weapon.

During the weeklong trial, federal prosecutors displayed images and video — including police bodycam footage — showing Robertson outside the Capitol with a wooden stick, and later, entering the building with a fellow police officer.

Fracker provided key testimony supporting the sixth count, obstruction of an official proceeding. He testified that after the pair learned that they were under investigation for trespassing at the Capitol, Robertson asked him for his cell phone.

Fracker said he was terrified that investigators would see other pictures and videos that he took on January 6th.

In closing arguments Friday, Robertson’s attorneys argued that he had “no plans to go down and say ‘I’m going to stop Congress from doing this vote'” and continued to suggest that the stick Robertson had with him was simply a walking stick.

Robertson has been awaiting his trial in jail since July, after investigators said they found a rifle and bomb-making material in his home and learned that he bought another 37 guns on the internet after his original arrest in January 2021.

A federal jury has convicted a former Virginia police officer of storming the U.S. Capitol with another off-duty officer during the Jan. 6, 2021 riot. Jurors convicted former Rocky Mount police officer Thomas Robertson of all six counts he faced.https://t.co/UlhoGZ3faJ