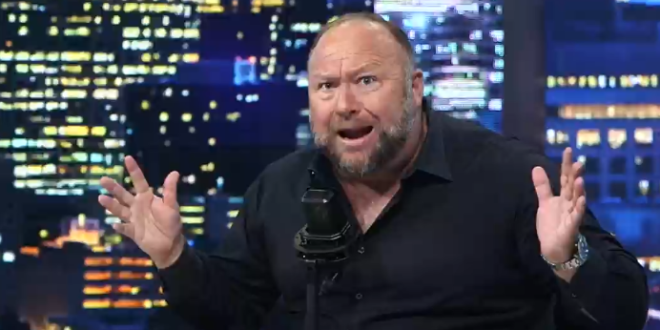 A Connecticut trial court judge on Friday declined to pause a schedule of escalating fines against InfoWars host Alex Jones in connection with a defamation lawsuit filed by the family members of the victims of the Dec. 14, 2012 Sandy Hook school massacre.

Because a new deposition date of April 11 has — according to the court record — been promised by Jones, his attorneys moved to stay the fines.

That amount — more than half a million dollars — would include six days of sanctions under the judge’s escalating order. If Jones does not sit and talk for two full days before April 15, the last date of possible fines, the total Jones would have to pay to the court would be $1.475 million for 11 total days of failure, according to the judge’s order.

Judge Refuses to Pause Fines for Alex Jones After Sandy Hook Plaintiffs Swing Back: You ‘Chose to Go On the Air Rather Than Go Under Oath’ https://t.co/MJQ6W8canv

Previous Boebert: Coming Out Before Age 21 Should Be Illegal
Next Russian Poll Says 81% Of Russians Now Support War