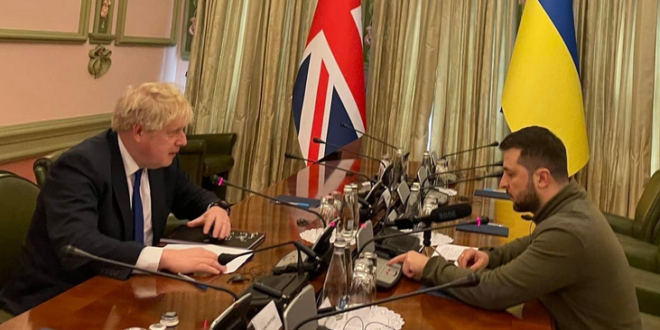 British Prime Minister Boris Johnson on Saturday met Ukrainian President Volodymyr Zelenskyy in Kyiv. The visit was first made public by the Embassy of Ukraine to the U.K., which tweeted a photo of the two.

A No. 10 spokesperson later confirmed the trip. “The Prime Minister has travelled to Ukraine to meet President Zelenskyy in person, in a show of solidarity with the Ukrainian people,” the spokesperson said.

Both will discuss the U.K.’s support to Ukraine, with Johnson engaging in “a new package of financial and military aid,” according to the spokesperson, who did not provide details on the new package.