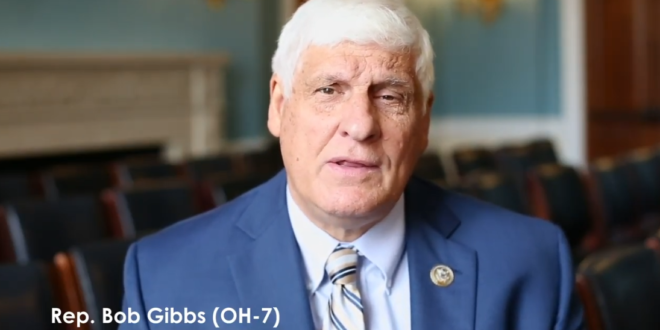 Rep. Bob Gibbs, R-Ohio, has announced that he is retiring at the end of his current term, the second Republican member of Congress to do so in two days. In a statement issued Wednesday, Gibbs said he is “confident in the future of our nation,” while criticizing what he called the “circus” of redistricting that has taken place in his state.

“These long, drawn-out processes, in which the Ohio Supreme Court can take weeks and months to deliberate while demanding responses and filings from litigants within days, is detrimental to the state ,” Gibbs said. Gibbs is the 17th House Republican to retire or seek another office ahead of the 2022 midterms, compared to 31 Democrats.

Read the full article. Gibbs last appeared on JMG in October 2021 when he led three other GOP reps in filing articles of impeachment against Biden.