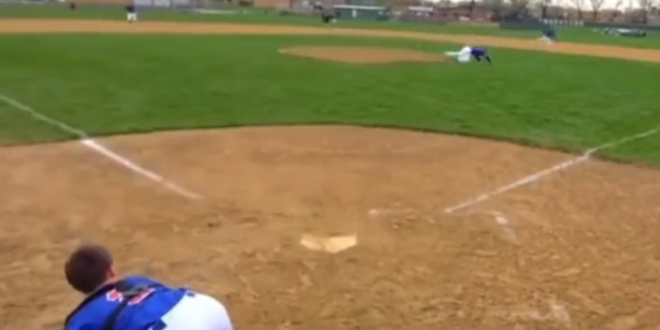 Nearly two dozen gunshots rang out Thursday afternoon within easy earshot of a freshman baseball game in progress at St. Rita of Cascia High School on the Southwest Side.

As CBS 2’s Charlie De Mar reported, Gamechanger app video shows the baseball game between the St. Rita Freshman Mustangs and Marmion Academy in progress when 23 shots ring out. A track meet was also going on at St. Rita at the time.

When the gunshots ring out, several young players drop right down where they area on the diamond. Police said the shooting happened steps away from the school. Late Thursday, police did not have anybody in custody.

This is the logical outcome of allowing gun lobbyists and their lawmaker allies write our nations gun laws.

Previous Musk Sells $4B In Tesla Stock, Claims No Further Sales
Next Sanders: “Everything Biden Touches Is Ruined” [VIDEO]