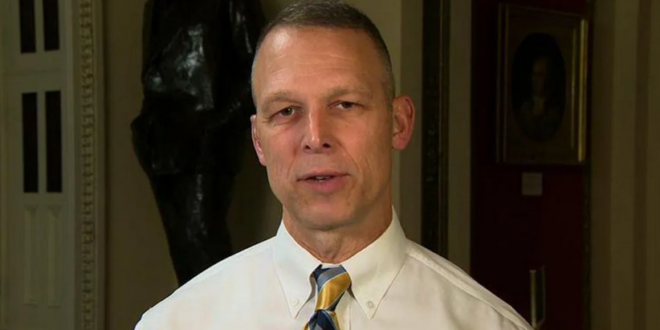 “From an Intel friend: DNI needs to task NSA to immediately seize and begin looking for international comms related to Dominion,” Rep. Scott Perry wrote to Meadows on November 12, just five days after the election was called for Joe Biden. In the text, which has not been previously reported, Perry appears to be urging Meadows to get John Ratcliffe, then-Director of National Intelligence, to order the NSA to investigate debunked claims that Dominion voting machines were hacked by China.

Perry wrote to Meadows again on November 12 claiming that “the Brits” orchestrated a conspiracy to manipulate voting machines in the US and that then-CIA Director Gina Haspel was helping cover it up. More than a month later, Perry texted Meadows a YouTube link detailing another conspiracy theory: that votes were changed by Italian satellites. Why can’t we just work with the Italian government?” Perry wrote.

Perry, CNN notes, is a retired brigadier general. Earlier this month Perry was among six GOP reps to vote against a Russian war crimes bill.