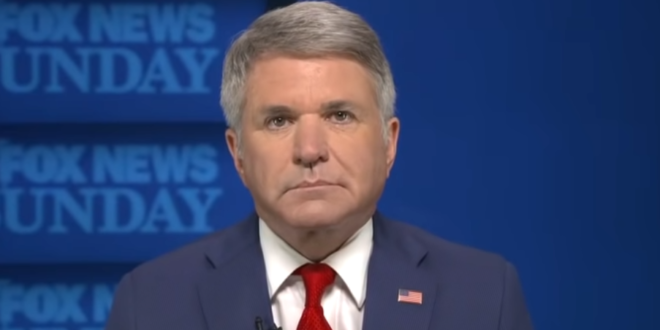 GOP Rep Defends McCarthy On Plan To Ask Trump To Resign: Put It In Context, “Emotions Were Flying High”

McCaul said on “Fox News Sunday” regarding McCarthy’s comments that “you have to put it into the context of when it was given.”

“This was literally right after Jan. 6. It was a very dark day and a very shocking day. A lot of emotions flying high,” the lawmaker said. “What Kevin was doing was gaming out various options, like, ‘Hey what if he got impeached in the House and then the Senate convicted? Would it be better for him to resign?’”

GOP lawmaker defends McCarthy’s Trump comments: “You have to put it into the context of when it was given” https://t.co/sZ1bLxDEGu pic.twitter.com/x4zlZfKcwe

Previous FAA: YouTuber Crashed His Own Plane For The Views
Next Majority Now Choose Cremation Over Casket Burial