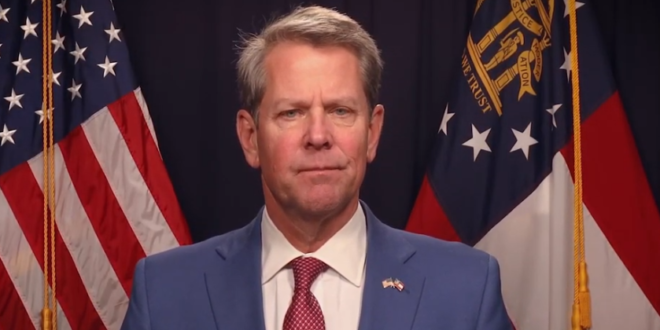 Gov. Brian Kemp is expected to sign a bill allowing Georgia residents to carry handguns in public without a license or background check into law Tuesday. The Georgia Senate passed the legislation on at the beginning of April, sending it to the governor’s desk for signature.

“For law-abiding Georgians, their carry permit is the 2nd Amendment. I’m proud to have worked alongside leaders in the General Assembly to get Constitutional Carry over the finish line, and I look forward to signing it into law,” Kemp tweeted after the bill’s passage.

Did you see our new TV ad? Brian Kemp is signing a bill into law that would allow dangerous criminals to carry guns almost anywhere. We need to defeat him in November. pic.twitter.com/OheeQ9hdT8

Previous Brazil Invites European Union To Observe Election
Next PGA Champion: I Won Because I Play To “Glorify God”