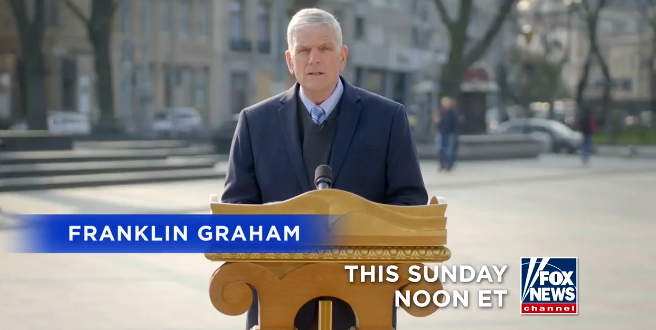 Evangelical minister Reverend Franklin Graham told Fox News that people should pray for Russian Federation President Vladimir Putin in order that God might “change his heart” and turn him “away from sin.”

In an interview with Fox News Digital’s Maureen Mackey, he that the power of prayer could change the course of Putin’s war as he praised the Ukrainian people for their faith.

Mr. Putin has been condemned as a “war criminal” who is committing “genocide” by President Joe Biden and others. President Biden, a devout Catholic, has not called on people to pray for Putin.

Read the full article. Earlier this week Graham called for ten days of “focused prayer” for Jesus to stop the war.

The problem we have in the world today is a sin problem. People have turned their back on God. This Easter, I pray that people will look to God. He is our only hope. https://t.co/VgmN8PP7lD

Frank, you’re no different from Robert Tilton. From one con man to another, Hoo Ba Ba Kanda pic.twitter.com/sjxMXv0IkK

Previous Finnish Minister: We Are “Highly Likely” To Join NATO
Next Mehmet Oz: The Far Left Thinks Human Beings Are Cockroaches And That’s Why They Oppose Fracking