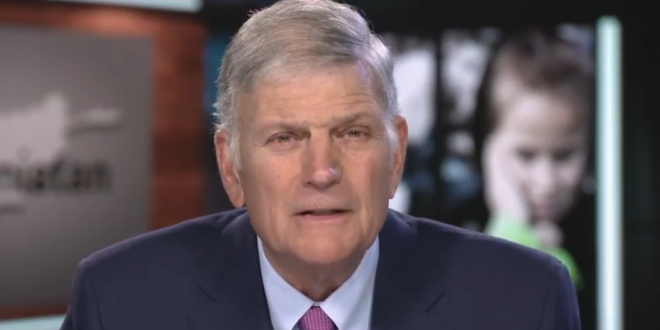 Franklin Graham: Disney’s Morals Are “In The Gutter,” They “Flaunt Sin” And Defy “God’s Original Design”

LGBTQ activists are using corporations to force their agenda on the public, and companies may want to take another look at what they are allowing to happen.

Disney has gone too far. The people of Florida have revolted, and it’s going to cost Disney big time.

Disney had a special tax status in the state which they benefited from in a huge way—but because they came out against the parents of Florida, the governor and legislators have revoked that status.

What has happened at Disney is moral failure. Walt Disney had a vision for wholesome family entertainment. He was committed to the family.

The morals of the corporate leadership of Disney today are in the gutter, and they want to redefine family counter to God’s original design and flaunt sin.

Thank God for Governor Ron DeSantis who is willing to take a bold stand. We need more leaders like him. God bless him and the Florida legislature.

I’m in Orlando right now with our Samaritan’s Purse Operation Heal Our Patriots military veteran couples and it is absolutely beautiful!

I can tell you there’s a TON of fun things for families to do here other than supporting Disney.