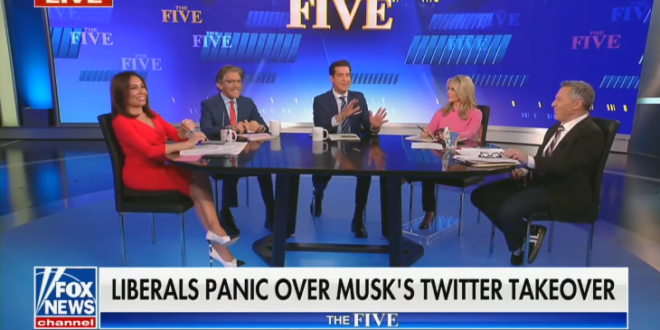 For once, the world agrees with Fox hosts:

Cohosts of The Five reacted giddily to the news that Elon Musk will purchase Twitter for $44 billion on Monday, hailing it as a victory for free speech.

The consensus around the table was that Musk will allow Donald Trump to return to Twitter and that the former president will oblige, despite saying he would not rejoin the platform.

“I’m a big Elon Musk fan, and I assume because he’s a genius that this is a good deal for him,” said Geraldo Rivera. “Knowing Trump for so many years, I’ll think he’ll change his mind in 10 minutes.”

The Five Predicts Trump Will Be Back on Twitter: ‘Not Gonna Be Able to Help Himself’ https://t.co/vPAerox3Jf