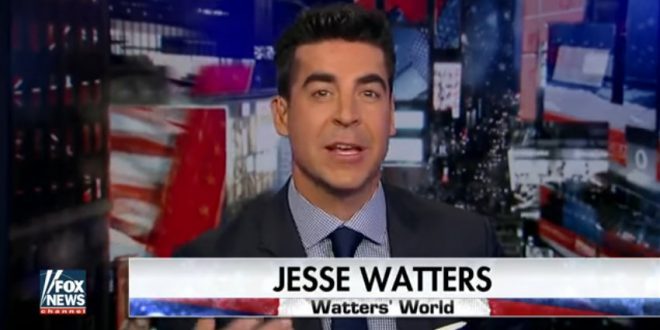 Fox News pundit Jesse Watters revealed on TV that he got a 25-year-old co-worker into his automobile by flattening her car tires. “When I was trying to get Emma to date me, first thing I did, let the air out of her tires,” he confessed on “The Five” last week.

Watters, who was 39 and married at the time, is referring to his second wife, Emma DiGiovine, whom he wed in December 2019. “She couldn’t go anywhere, she needed a lift,” Water told his co-hosts. “I said ‘Hey you need a lift?’ She got right into the car.”

Read the full article. As you’ll see in the clip, co-host Greg Gutfeld compares Watters to “the Zodiac killer.” And then everybody laughs.

Jesse Watters jokes about how he courted a woman 14 years his junior. He let the air out of her tires so he could offer her a ride home. He leaves out that he was married at the time. This is some stalker nonsense. She also worked for him. It’s a Fox News love story pic.twitter.com/ge9zZ2vMMH