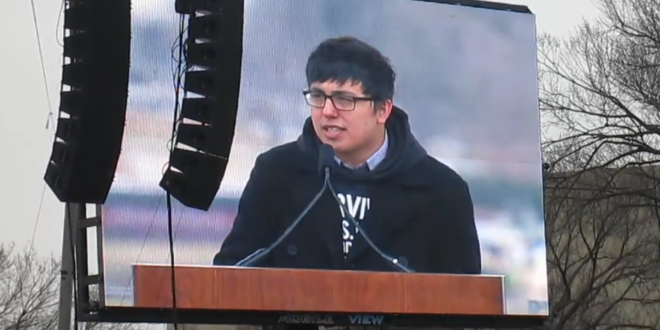 Ruben Verastigui, 29, of Washington, D.C., was sentenced today to 151 months in prison on a federal charge of receipt of child pornography. Verastigui pleaded guilty on July 9, 2021, in the U.S. District Court for the District of Columbia.

He was sentenced by the Honorable Amit P. Mehta. Upon completion of his prison term, Verastigui will be placed on five years of supervised release. He also will be required to register as a sex offender for at least 15 years.

According to the government’s evidence, from April 2020 through February 2021, Verastigui was active in an online group devoted to trading child pornography and discussing child sexual abuse.

Verastigui shared child pornography videos with another member of the group and made numerous comments about sexually abusing children.

Verastigui indicated his preference for babies, saying they were his “absolute favorite,” and solicited another group member for videos of babies being raped.

The other group member promptly sent Verastigui a video of a baby being raped, to which Verastigui responded enthusiastically.

The other group member then sent Verastigui numerous other videos of child pornography. Verastigui was arrested on Feb. 5, 2021. He has been in custody ever since.

In addition to working for Trump and the RNC, below you’ll find this guy as a keynote speaker at the annual anti-abortion March For Life.

Look at the name of the RNC staffer underneath @GOPChairwoman‘s photo.

In one message he wrote, “Babies are some of my biggest turn-ons.” pic.twitter.com/ibBM6pf2hU

Ruben Verastigui, a GOP operative who was caught downloading a video of a baby being raped, just got sentenced to 12+ years in prison.

Here’s the story from last year, when the former Trump campaign ad designer was initially charged with the crime.https://t.co/HzAoH9ubV1