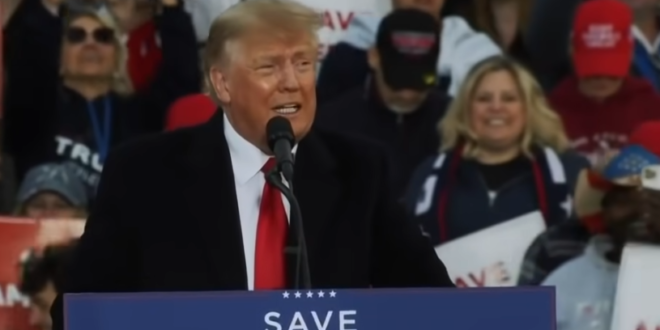 Speaking at a rally in Selma, North Carolina on Saturday evening, former President Donald Trump claimed that he is one of the most honest human beings to walk on earth.

“I’ve got to be the cleanest sheriff,” Trump said. “I think I’m the most honest human being, perhaps, that God ever created.” There were ripples of laughter from his supporters as he said it. “I’ve been investigated by the Democrats more the Billy the Kid, Jessie James, and Al Capone combined,” Trump told the crowd.

According to The Washington Post’s Fact Checker database, he made 30,573 false or misleading claims during his presidency. He told 21 lies a day on average, per The Post.

Trump: I’ve gotta be the cleanest— I think I’m the most honest human being perhaps that god ever created pic.twitter.com/D98itzA6vi