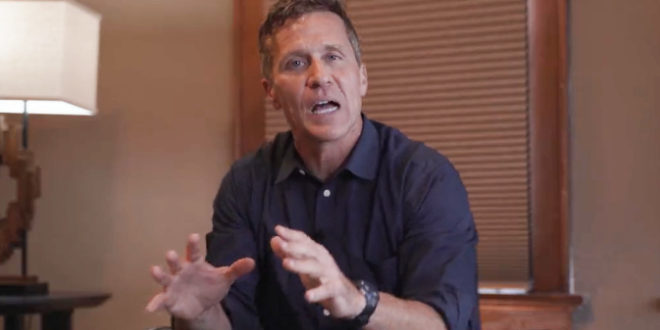 Ex-Wife Of Eric Greitens: I’ve Got The Abuse Receipts

Former Missouri First Lady Sheena Greitens says in a new court filing that she has photos and other evidence to back up her claims that former Gov. Eric Greitens physically abused her and their children as his political career unraveled.

The abuse claims, made in an affidavit filed March 21, stated that as he faced criminal charges and possible impeachment in 2018, Eric Greitens repeatedly threatened to commit suicide unless she showed “specific public political support” for him.

In one incident of child abuse, that she swore in the affidavit occurred in November 2019, one of their sons came home from a visit his father with a swollen face, bleeding gums and loose tooth and said his father had hit him.

Other candidates in the GOP Senate primary include former hate group leader Rep. Vicky Harzler, Rep. Billy Long, state Attorney General Eric Schmitt, and Mark McCloskey. The last is most infamous for threatening BLM protesters with a gun. Trump has not yet made an endorsement in the race.